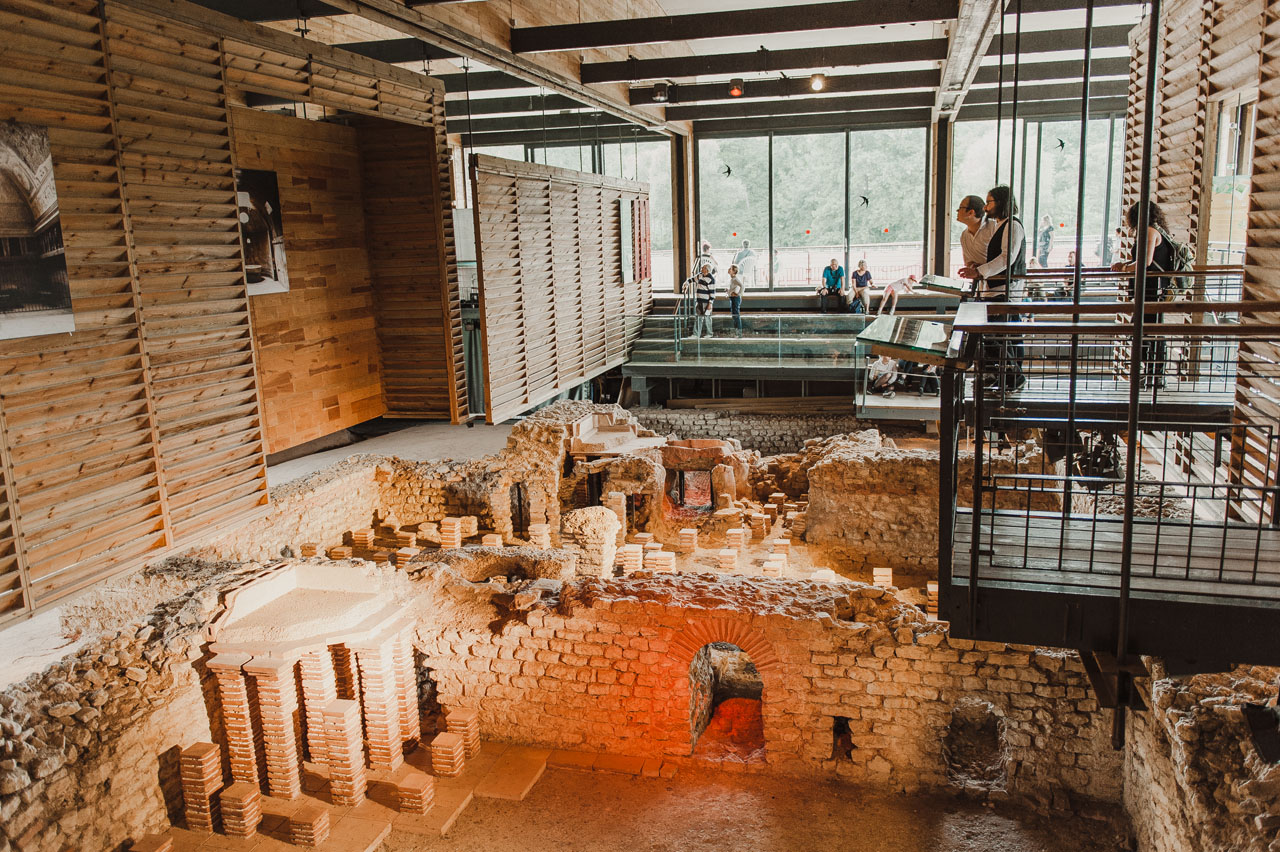 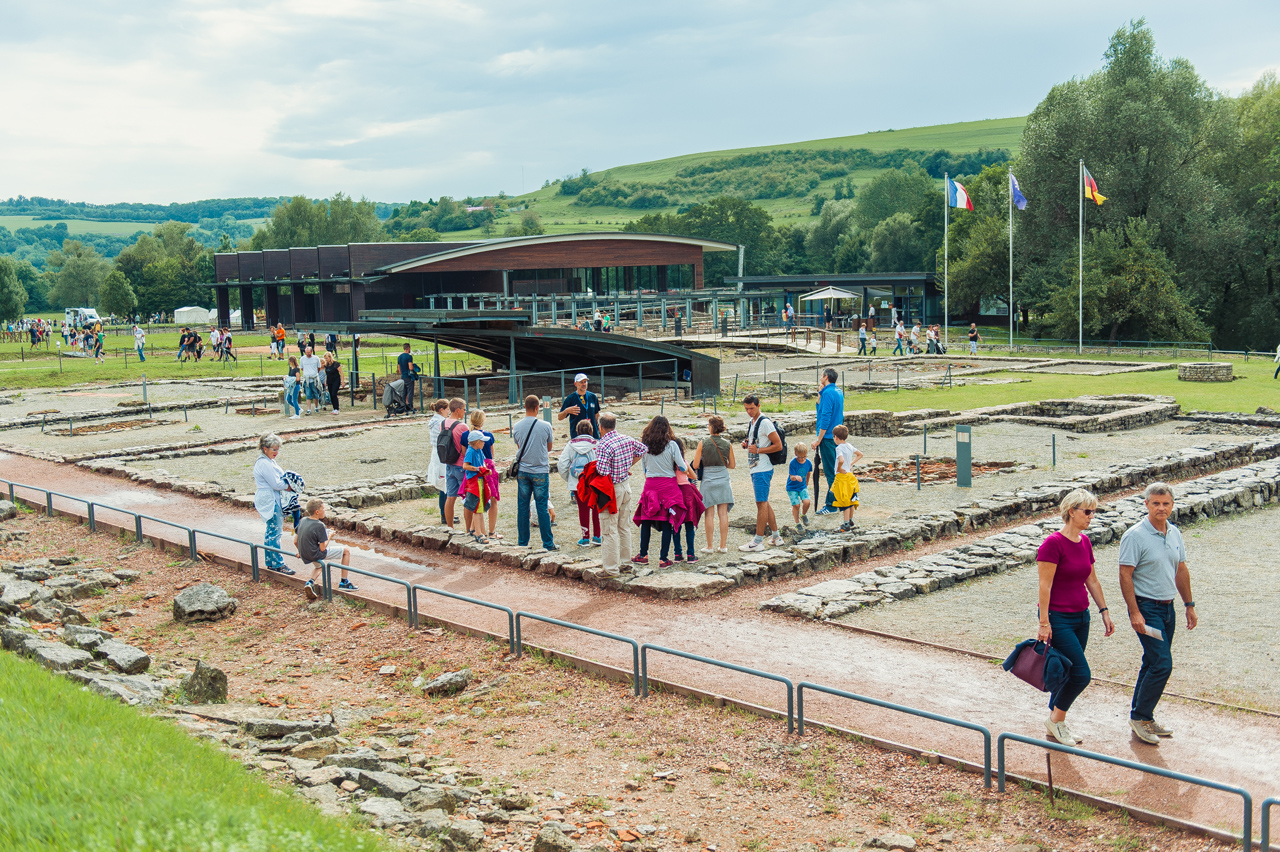 Go back in time, from the Bronze Age to the 5th century... Celts, Gauls, Romans... many have passed through here! Its location on the Franco-German border makes this active archaeological excavation site, one of the largest in Europe, unique. On the French side, walk in the footsteps of our Gallo-Roman ancestors... Between the remains of the public baths and the artisanal quarters, you are plunged into the heart of the daily life of the city's inhabitants. A few hundred metres further on, an important villa, partially restored, allows you to discover the various economic, religious and political activities of a large landed family of the time. Continue your walk or bike ride through the natural areas of the site and you will cross the border without noticing! Once you have passed through the reconstructed wall, you can visit one of the most famous ladies of Celtic archaeology: the famous 'Princess of Reinheim'. She was a prophetess, healer and priestess four centuries before our era, and has passed on to us her precious jewellery, mysterious amulets, her mirror and her cult staff, which accompanied her to her tomb, which has now been partially reconstructed. For a family immersion in the heart of the arena, come and visit the site during the Vita Romana festival! Every year in mid-August, a troop of Roman legionaries sets up camp on the site. For a weekend, the archaeological park is transformed into a living spectacle. From the art of warfare to the organisation of daily life, everything is done in the Roman way! Archery, chariot races and gladiatorial fights punctuate the festivities.

By continuing to browse this site, you accept the use of cookies for statistical purposes